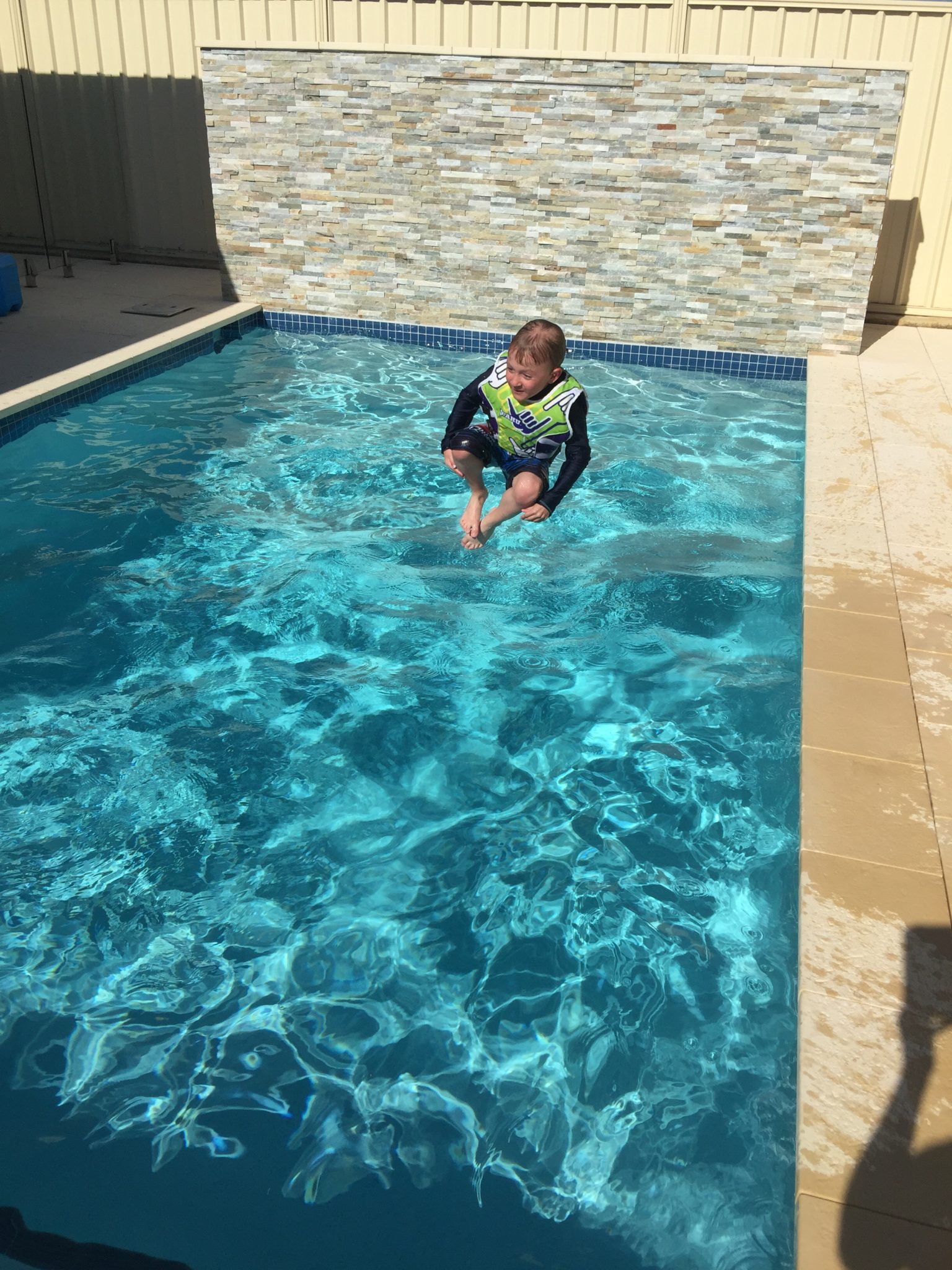 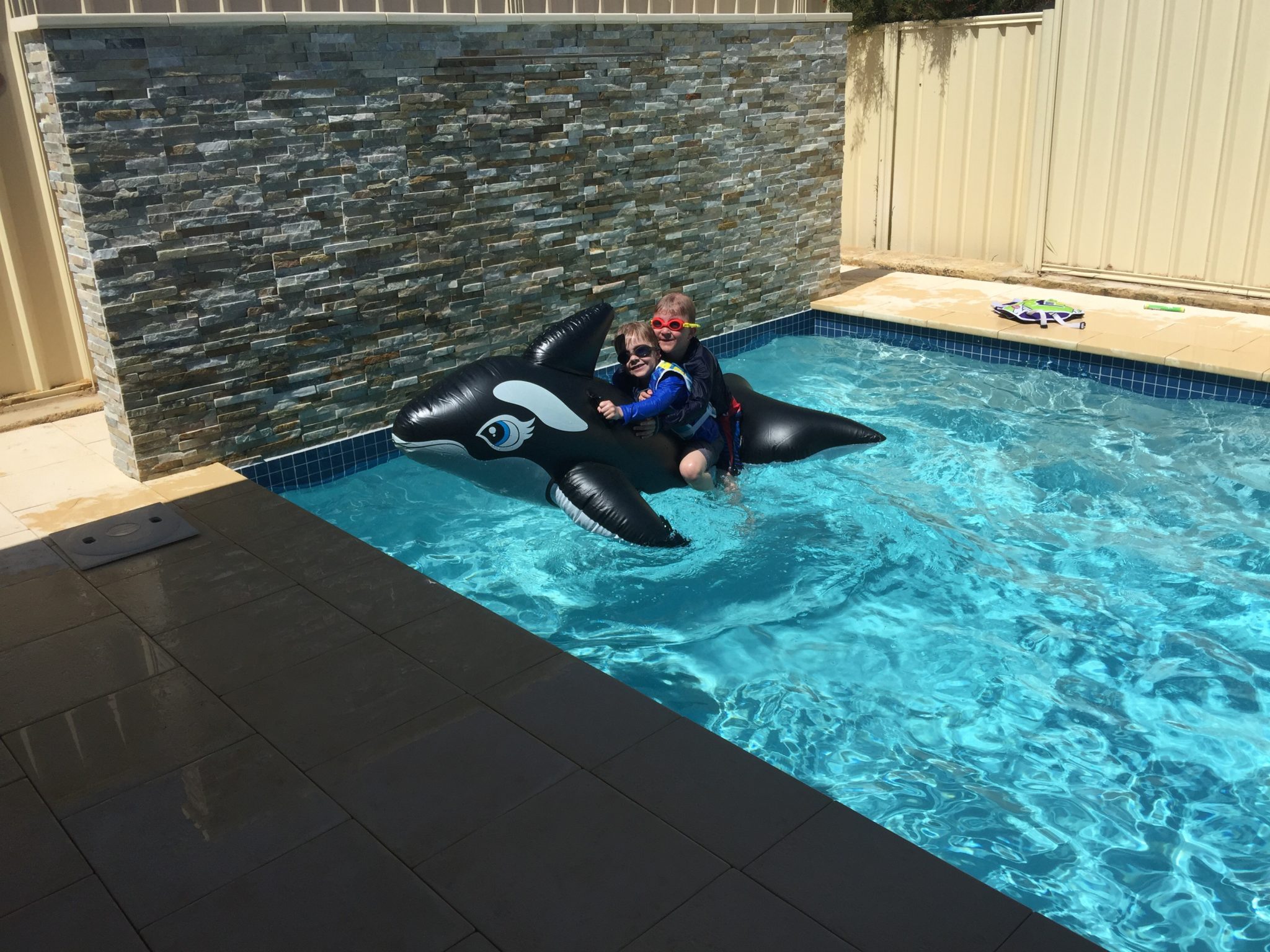 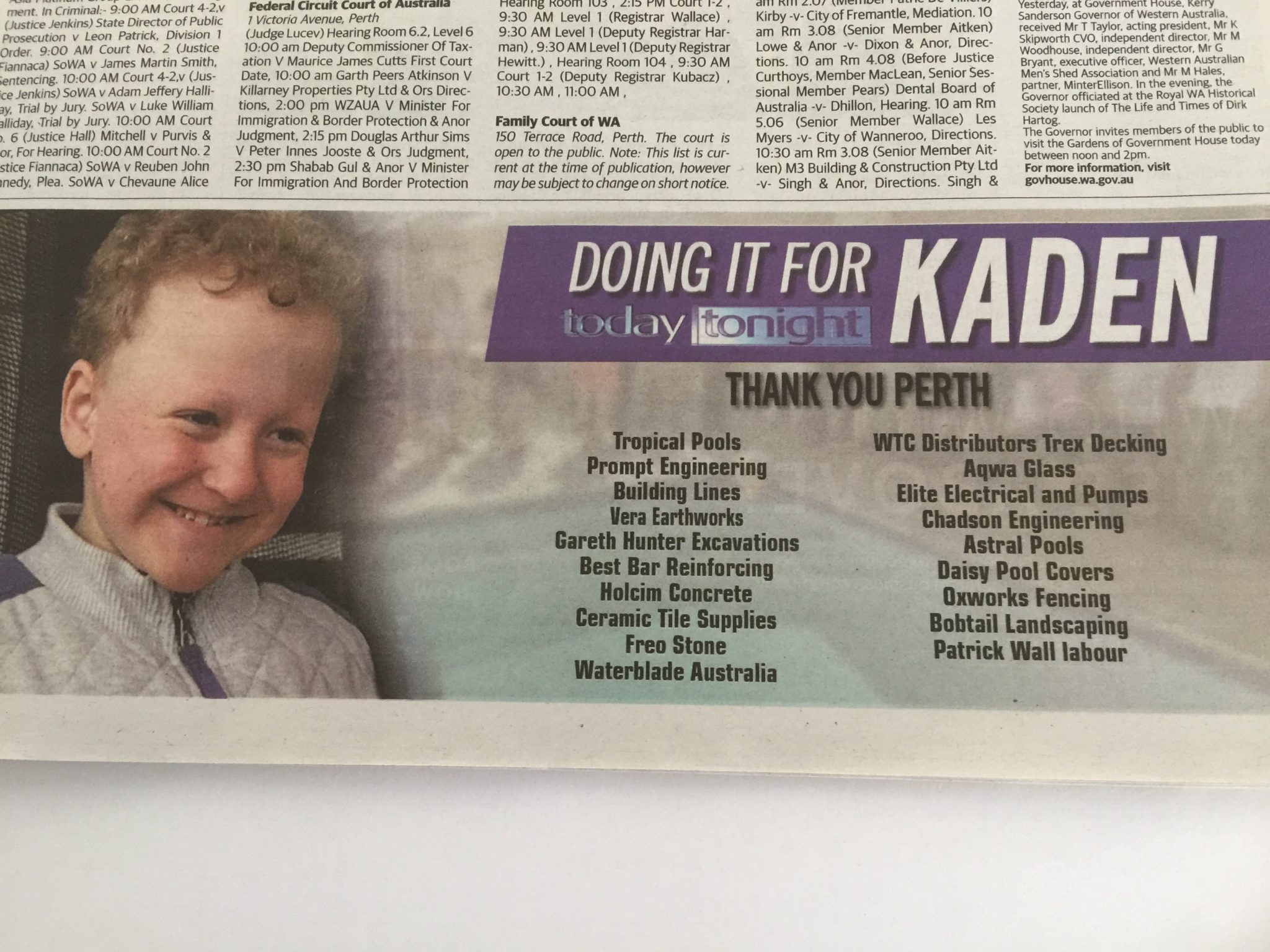 The boys are very excited that they’re finally on holidays. They have both worked extremely hard to catch up to their piers & what an amazing job they have done!

Yesterday we took the boys up to the Baldivis skate park, they had an absolute ball on their scooters enjoying the sunny winter 20 degrees here 😃

On Friday myself & my neighbour Anne visited the Red Cross blood bank. To my surprise, I was told that due to my blood type, im a good candidate for playlet donations, which can be done every 2 weeks. They use this machine that withdraws your blood & removes the platelets. Once they have the required amount, they put the machine on reverse & you receive your blood back minus the platelets, so clever.

Out with Aunty Nicole

We have been making sure we’re all living life & spending lots of quality family time together. The boys have been loving all the fun activities we have been doing like the movies & bowling, just to name a few!

One of the goals Kaden set this year, was to achieve his ‘Advanced Standing’ award. This award is the highest award in the school & is quite challenging to obtain. We are so proud of Kaden ❤️

Kaden is on 6 weekly check ups with the liver & oncology teams. He is having scans every 3 months & is still on around 10 meds a day. Being the amazing boy he is, he just takes the meds with no complaints.

Kaden has been doing amazing at school, he’s worked so hard to catch up a academically, to all his class mates. One of the side effects of the chemo drugs was hearing loss. After a little encouragement, Kaden agreed to wear hearing aids while in class which has also helped improve his learing. This year we have encouraged Kaden to take part in the school choir & the Wakakirri (like a rockestedford). Much to his suprise he’s loved being apart of them both. Tomorrow we get to watch him perform in the chior, it’s these moments that matter the most, material things come & go but memories like these are priceless.

Recently the boys took part in the school cross country. They both did a great job running the distance 😃

As a last minute decision, we made a surprise visit to Melbourne. It had been two years since we had seen some of our family & friends. To say they were surprised & over joyed is an understatement! Although it was a super quick visit, we made the most of it while we were there. The boys had a great time playing with their cousins & even managed to have a sleep over at their house, which the boys thought was fantastic.

We decided it was time to take the boys to their first football game. They were amazed at the size of the oval & loved the atmosphere an AFL game provided. Not only did they get to see the Hawks play, we also made a special trip to their training ground where the boys were able to meet some of the players. Kaden was so shy to meet Roughead, but with a bit of gentle encouragement he went & introduced himself. Roughy was so generous and gave Kaden his hat. Kaden was absolutely smitten as you’ll see in the picture below.

Tonight Kaden attended his first school disco. He came home so excited & happy. Here’s a pic below of him practicing his dance moves.

Since moving to Perth, we had not done too much exploring. So this year we decided we were going to change that & see as much as we can! As the term was coming to an end, Kaden’s class had an excursion to penguin island & lucky for me I was allowed to go along too 😃 Kaden was so excited that I was going along & we even got a selfie!

We have been very busy during the school holidays. Nana & great grandma came to visit so the boys were busy exploring all the local playgrounds & getting spoilt which they loved. A few months ago, a very special person in Kaden’s life sent an entry into the Good Guys Superkid competition. On Monday, we received the exciting news that he had won in his division! He was presented with a galaxy tablet & a special cape at Good Guys in Mandurah. He has also been placed in the running for the National Finalist.

Kaden’s running has been improving so much, he’s getting so fast now & almost running normal which he is so excited about 😃

On Monday, we had our monthly check up with oncology, the liver team & also audiology. Depending on how Kaden progresses & his liver numbers, they may be able to spread these out further 😃

We all had such a great time away at Rottness with Camp Quality, that Kaden was excited to go on another camp with them. Last weekend he went to the jungle themed weekend in Hillary’s. We were able to track down this cool onesie for the disco night. Kaden had an amazing time running around with all the other kids & liked Jess his volunteer partner. Camp Quality are truly a very special organisation, they bring such happiness to all the kids they help & meet. If you see them, stop & say hello the work that they do is invaluable 😃 For more information about Camp Quality please visit their website.

Last weekend we went away with the amazing Camp Quality Team. We all had such a fabulous time which is just what we needed. There were 11 other families who were also away for the weekend. To see our boys smiling, riding bikes kicking the footballs was absolutely precious. They loved seeing the quokkas, the boat ride over & espically the aqua park. Kaden was in his element, playing with all the kids & testing his balance on the blow up water obstacles.

Due to the wet weather, we had a pretty quiet Easter weekend. The boys were so excited to wake up to their chocolate bunnies & hunt around the house for eggs. Today they surprised me by finding more that they had missed on Sunday 😃

Last week, Kaden made us very proud by achieving an Honor certificate at school. He was proud as punch & his smile was one of the biggest I have ever seen ❤️

Kaden has started back on the target thearpy drug at half a dose. He is still getting a little bit of a rash but as long as it remains mild, he should still be able to continue to take it. We have also been busy attending weekly physio appointments. It’s a struggle to get Kaden to do his stretches several times a day but he’s slowly coming around to the idea 😃

We have been enjoying afternoon/evening rides along the beach. It’s been so good to enjoy doing normal family things 😃

We tried Kaden on the oral chemo drug again, however he has broken out in the rash like before, so we have stopped it. We’re waiting to hear from his doctor, to advise how they would like to proceed & whether they will look at changing the dose to a lower one.

This weekend we met with “make a wish”. The team were lovely & very attentive to Kaden’s wish of an activity with water & super heroes👍🏻 The team will put Kaden’s wish ideas forward & we will find out in a few weeks if they will be able to grant Kaden’s wish.

Playing on the equipment at our local surf club.

On Friday, the doctors discharged Kaden from the hospital with a prescription of antibiotics. With the weather being a bit cooler on Sunday, we were able to take the boys for a bike ride to the surf club. The surf club playground has recently been upgraded with new swings, clumping tower & bbq’s. The boys had a great time playing there & were both challenging themselves by seeing how high they could climb.

This week Kaden has shown us his determination in getting strong enough to run & play footy. Over the last few days he has been practicing his running & is as proud as punch of himself as we are of him 😃